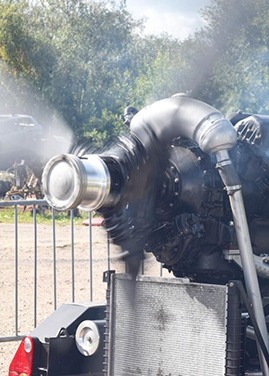 The Wings Aviation Museum is very proud to announce that a very special run up of a 1943 Halifax Rolls Royce Merlin engine from Halifax JD150 which was recovered from a bog in Germany in 2010, will run at the Wings Museum on Special Engine Run Days throughout 2020. This will be a unique oportunity to hear the sound of a Halifax Merlin engine complete with it’s “Saxophone” style exhausts since the war!

First Engine Run at approximately 11.45am 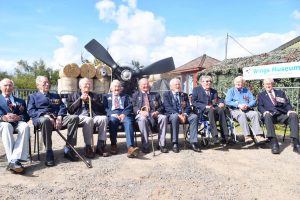 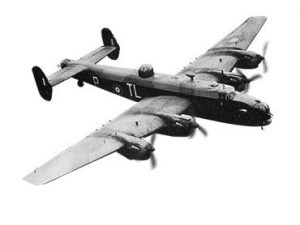 The story of Halifax JD150 & her young crew:

On the night of 27th/28th July 1943 Halifax II JD150 DY-A (a veteran of 14 bombing operations) took off from RAF Pocklington in Yorkshire at 22.32 for the last time to bomb Hamburg in Germany. While on route to the target tragically the aircraft was met by a hail of cannon fire from the guns of a German Night Fighter Pilot Fw Hans Meissner and Funker Josef Krinner of II.NJG3 in an Me110 night fighter based at Schleswig in Germany.

The pilot Gordon Brown aged just 19 battled with the crippled bomber but tragically it was a battle he would ultimately loose when the aircraft struck the ground in a swampy area at Hobek near Rendsburg in Germany & exploded. It was the crew’s third and final bombing operation becoming yet another set of statistics of RAF Bomber Command losses.

In 2010 a German Historian named Nils Hempel was researching an air crash near to his home, with the use of a metal detector he discovered many fragments of a crashed British Halifax Bomber. Then one afternoon he discovered an unexploded 30lb incendiary bomb! he immediately contacted the Police and a German EOD unit was deployed to the crash sight. A full search of the area was conducted and many more bombs were removed from the crash site, during this work four Rolls Royce Merlin Mk XX engines were discovered still buried in the soft peat. These forgotten Merlin’s were once part of a mighty war machine – a reminder of a different time when a young aircrew fought for their lives in the skies above Germany in 1943. Nils Hempel conducted exhaustive research into the identity of the aircraft and finally it was confirmed through German Night Fighter reports that this was the final resting place of Halifax JD150. German Night Fighter Pilot Fw Hans Meissner states in his combat report that he shot down a Halifax 1km SW of Hobek at 01.01am at a height of 5,500 meters. Meissner was later promoted to Oberleutnant and went on to score 20 victories becoming a Luftwaffe “ace”.Over the coming months the German EOD unit together with Nils Hempel tried to find a home for the engines, no one in Germany was interested. Eventually the Wings Museum in Sussex was contacted and needless to say were delighted to acquire the engines for display in the museum. In 2011 with the authority of the British Ministry of Defence a team from Wings travelled to Germany to bring the 4 Merlins home to England after 68 years!

Once the engines were safely back at the museum and preservation work was underway, several volunteers joked “the condition is amazing it looks like they could run again!” The museum curators began to contemplate this and it dawned on them that with the support of the museum volunteers and a few contacts it would be possible to return at least one of the engines into ground running condition! The engine was completely stripped, the oil inside was like new, the engine sustained some damage in the crash so a number of parts were sent up to Flight Engineering in Leeds where specialist repair was carried out. As the project gathered pace an obsession developed to save and reuse as much of the original engine as possible, this was after all what was coming to be known as the “Bomber Command Memorial Merlin”! it was necessary to replace a few items but at least 90% of the original engine was reused! The original engine bearers were restored and even the crumpled “Saxaphone” style exhausts were cut up reformed and reshaped by a skilled black smith. These exhausts once designed to hide the flame of the exhaust from sight of German Night Fighters would give the unique sound of the Halifax not heard since the war. A special custom trailer was made at Flight Engineering which would provide a stable running platform together with the vital oil and fuel needed to run the engine, even the instruments used on the control panel are original World War Two vintage!